June 13th, London: Esports could soon be heading to schools and libraries across the UK, thanks to a new partnership between Westminster City Council and the British Esports Association.

Over the next month, a children’s after-school esports club pilot scheme will be held at Maida Vale library, London. It’s the UK’s first free esports training club supported by a local authority.

There will be four weekly sessions, starting on June 20 th and running to July 11th. Each free two-hour session will be open to 10 children from local schools (aged 10 to 13) as well as their parents.

Participants will be able to play some Rocket League matches against one another, as well as try out some casting and coaching.

Eight gaming systems and a casting workstation will be set up, generously supplied by London-based custom PC builder DinoPC.

Members and volunteers from the British Esports Association will also be giving talks on careers in esports, including British Esports advisory board member and professional caster Ceirnan “Excoundrel” Lowe. 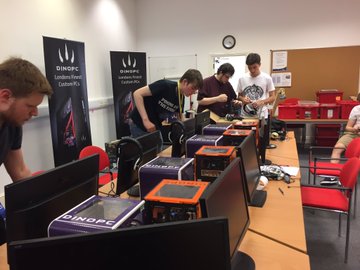 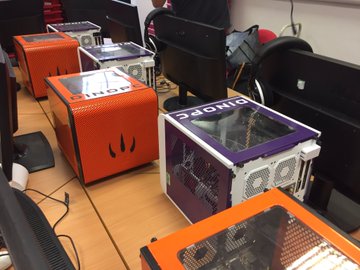 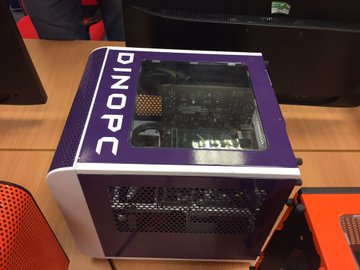 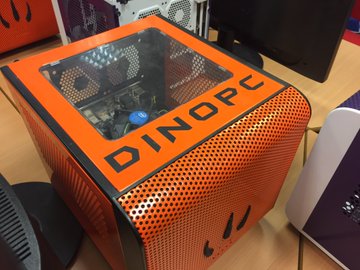 The @dinopcuk systems are now being hooked up. We’ll make a gaming destination out of you yet, Maida Vale library

Findings from the pilot scheme will allow British Esports to instruct schools and libraries how to set up their own clubs in the future.

British Esports content director Dominic Sacco said: “By engaging with children, we are looking at the bigger picture with the goal of creating more British esports talent in the long-term.

“This pilot scheme will help children, parents and teachers learn about esports and the career paths it offers, while at the same time demonstrate the benefits of playing esports, such as team-building and cognitive benefits.

“The findings from the pilot scheme will also help us instruct schools how to set up their own extracurricular esports clubs, and other libraries may be inspired to run their own sessions in the future. We’re delighted to be teaming up with Westminster City Council and DinoPC for this initiative.”

Cllr David Harvey, Cabinet Member for Environment, Sports and Community, Westminster City Council, added: “This is a fantastic opportunity for young people to receive training in one of the fastest growing international sporting arenas. But this isn’t just about helping support a generation of world class cyber athletes. As part of the pilot we are encouraging children to take the strategic skills and team management expertise they’ll develop online out onto our playing fields, and make healthy choices around playing a physical sport.

“The UK, and London in particular, has a global reputation for innovation and excellence in interactive creative media. I’m pleased Westminster City Council can be the first authority in the country to support a type of professional competition that is becoming a global phenomenon.”

DinoPC marketing manager Nic Carnelutti added: “We believe the educational aspects of what the British Esports Association aims to achieve are highly beneficial to children and younger audiences.

“This scheme encourages young people to learn teamwork and participate in a challenge – building up their social skills which can then be used in other aspects of life.

“They couldn’t have decided on a better choice of game either. Rocket League emphasizes each of the aforementioned traits and remains enjoyable throughout. We are very proud to support this event and be part of this from the very beginning.”

The British Esports Association is an independent not-for-profit national body set up to support grassroots esports. Its new aims are to ‘Promote, Improve and Inspire’.

It launched its website and advisory board in December 2016. The board is formed of various experienced esports leaders in the UK, including host Paul “ReDeYe” Chaloner, Multiplay founder Craig “Wizzo” Fletcher, Team Dignitas president Michael “ODEE” O’Dell and Twitch’s director of partnerships Chris Mead to name a few.

Westminster City Council is the local authority for the City of Westminster in Greater London.

Westminster has the powers and functions of a London borough council. It is a billing authority collecting Council Tax and business rates; it processes local planning applications; it is responsible for housing, waste collection, and environmental health.

It is a local education authority responsible for social services, libraries and waste disposal. The council shares responsibility with the Greater London Authority for strategic policies including housing, planning and the environment.

Westminster libraries like Maida Vale host many events and workshops, such as book groups and rhyme time sessions.

Maida Vale Library is the first library in the UK to host an esports club for children, in conjunction with the British Esports Association.

DinoPC has been focusing on supplying custom PCs and the latest technology directly to its customers in UK since 2007, with its base of operations and showroom in North London.

DinoPC listens to the market and customer feedback to give buyers a wide range of components and options that are tried and tested, to build the perfect custom PC for anyone’s needs. Its goal is to deliver the ultimate custom PC in terms of overall value-for-money and long-term reliability, exceeding customer expectations when it comes to service and support.

Its passion is gaming and helping customers get the most out of their new system. DinoPC produces latest spec PCs that push the performance limits, as well as sending out gaming PCs to the front lines, being used in action by game developers, esports teams and at gaming events.