This summer an online Manchester Showdown Dota 2 tournament will get underway, compete with live LAN finals.

he online portion of the tournament is being held on the weekend of August 5th and 6th 2017. The qualifiers will be double elimination with teams randomly seeded.

The live finals will feature the top four teams from the qualifier and will take place at the intu Trafford Centre on August 18th.

The British Gaming League team behind the event is also running a server and website for those that wish to join in the event but are not able to get a team together. By visiting https://bgl1.typeform.com/to/oBiKfG you can enter your details and find a group of players at a similar skill level to enter the tournament. 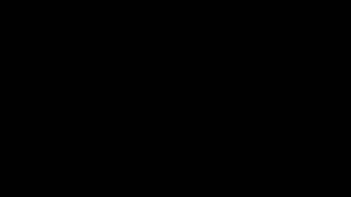 Welcome to the Manchester Showdown: https://youtu.be/wi7MFSK2BqE

The UK DotA 2 LAN with help from @BelongByGAME and @BelongMCR.

The live semi-finals will be best-of-three, with the grand final being a best-of-five.

Event organiser Rafee “RJ” Jenkins said: “Starting the UK Dota cup in November 2016 was very rewarding for me, it gave me experience of the UK Dota scene I needed as well as a confidence boost that I am good at what I do. Talk of a UK ‘major’ LAN started around that time, with my then admins. I wanted to run a Dota event of a high standard, attracting teams across the whole of UK.”

“I am hoping this sparks something in other event organisers and shows them that the UK Dota scene is not a joke, and can pull its figurative socks up when it comes to it.”

British Esports Association Dota 2 advisor Liam “DOOPZ” Whitehead added: “As many UK players and managers know, the UK Dota 2 scene has been at a slow decline for quite a while now with the game not getting as much local support as other titles. With that being said, Dota 2 is still a very popular game in the UK, it just lacks the necessary funding to boost it to greater heights.”

“I’ve been working with the BGL to assist them with a grassroots style tournament aimed at improving the local scene from the ground up. The BGL have put a lot of effort into getting this tournament started with greater plans if it is to succeed.”

To sign up for the tournament visit the Discord server at https://discord.gg/b45g8HF or visit https://twitter.com/ShowdownSeries_.

You can also purchase tickets here or via the Twitter page.