Attendees including esports industry professionals, MEPs and others discussed regulatory issues in esports and the different aspects of the industry from a European perspective.

The Esports Observer wrote an informative article on the event. It states that Spanish MEP Santiago Fisas Ayxelà, Italian former esports player Simone “AKirA” Trimarchi and ESL’s team and federations relations director Jan Pommer were among those who gave talks on the day, as well as Newzoo’s head of esports Jurre Pannekeet and more.

The general consensus seemed to be that the esports industry should be allowed to self-regulate, and that outside laws and regulations may be unnecessary for the industry. But the idea of government regulating esports was discussed.

Panels and Q&A sessions focused on regulations, the differences between sports and esports, and recent headlines surrounding esports in the Olympics.

Ian Smith, commissioner of the Esports Integrity Coalition, also looked at ethics in esports, and the challenges of things like match fixing, while Matthew Barr, a lecturer at Glasgow University, spoke about his research on skill development through esports and multiplayer games.

“We welcomed the fact that the European Parliament have acknowledged the outstanding commercial and cultural opportunities afforded to citizens of Europe by esports.

“We spoke and highlighted the differences between traditional sports and esports, especially around intellectual property ownership, whereby the power and control in esports is predominantly rested with publishers and developers, players and viewers, which is different from traditional sport where the federations, associations and leagues tend to hold the power and influence.

“We also stated and agreed the essential need to allow the esports industry to develop and grow, delivering high quality jobs and growth through lighter touch and flexible interventions with the focus on self-regulation by the industry itself.” 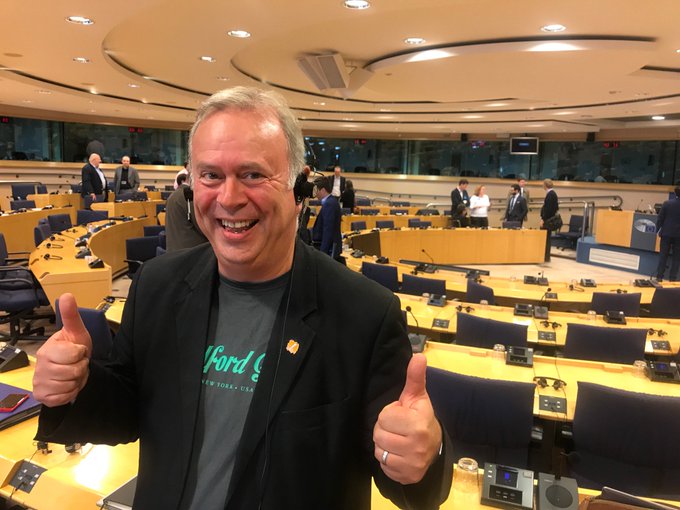 Proudly wearing my @SpecialEffect badge today at the European Parliament

“We had the chance to discover all the main actors involved in the sector. Although we didn’t reach a clear conclusion on whether it is a sport or not, we discovered a whole new business growing day by day which has no proper legal framework.

“We think it is positive that the sector has already establish codes of conduct to prevent the risks involved in such activities.”