Team Cryptonite from The Crypt School emerged victorious at this year’s Digital Schoolhouse esports tournament finals at the Gfinity Arena in London.

Each team won their corresponding regional qualifier which took place throughout March.

To kick off proceedings, Gfinity’s David Yarnton gave a talk about the games industry, its history and how young people can get involved. 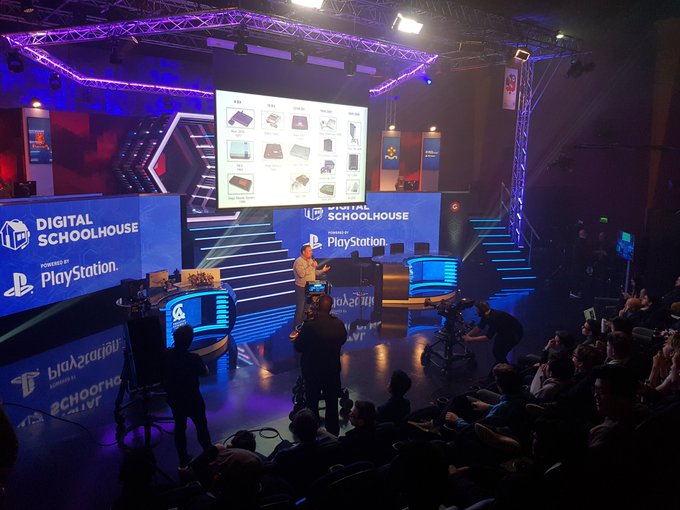 Kicking off with an awesome keynote from David Yarnton @Gfinity @uk_ie Talking to #students about the rise of #esports & #videogames #careers ops! #edchat #gfinity #nextgen @PlayStationUK

Then, in the first semi-final, last year’s Rocket League winners Team Veracity were defeated by Cryptonite, who put in a dominant performance despite downplaying their chances in their pre-match interview. In the next match, KES Battle Bards beat Southend’s SHSB Esport, sending the Battle Bards into the grand final against Cryptonite.

After a short break, play resumed and Team Veracity beat SHSB 2-1 for the third-place spot.

With each match 3v3 rather than the usual 6v6 in Overwatch, it made for closer games with more pressure, and was interesting to see the students taking on different strategies and team compositions in order to best their opponents. The ‘pharmacy’ combination of Mercy, Pharah and D.Va proved to be a popular choice, combining damage with crowd control and healing.

Before the grand finals, a panel of games industry members answered questions about how to get a career in the industry. 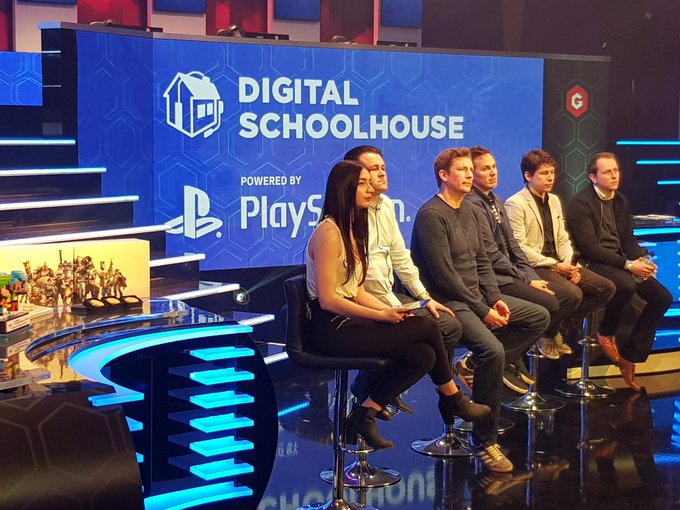 In the grand finals, a calm and collected Cryptonite team beat Battle Bards to be crowned the 2018 Digital Schoolhouse esports champions.

Cryptonite won a trophy, medals, a PlayStation 4, a framed signed Overwatch poster and a limited edition statue of the Overwatch character Soldier 76. There was also a medal awarded to second place with a statue of Soldier 76.

Daniel Joseph Parker from New College, Swindon, won the Best Shoutcaster award, as voted for by the more experienced casters there on the day.

It was great to see Digital Schoolhouse getting pupils involved in the running of the tournament, not just as teams and players, but with casting, observing, reporting and more.

Industry insiders were on hand to help, including former pro player Rams “R2K” Singh, Team Dignitas founder Michael “Odee” O’Dell, who handed out the medals to the teams, Adam Whyte from the Goat Agency and more.

Susan Green, teacher and STEM development manager at the Crypt School said: “The opportunity presented by Digital Schoolhouse has empowered my students to realise their skills and develop new ones. Overall it is fun and inspiring, and more importantly, it helps them see pathways for their own future.”

The winning team, Cryptonite,commented on their victory, saying: “It’s been amazing that Digital Schoolhouse have given a platform for children like us around the country to come together and have this experience.”

Shahneila Saeed, programme director for Digital Schoolhouse, added: “After such a successful event last year, there were high expectations to meet again with this year’s Digital Schoolhouse Esports Tournament. The feedback from everyone has been great, particularly about the additional stage we have added this year. By including a regional qualifiers round, we were able to include more schools with the competition this year and reach even more students to engage them with computing.”

Digital Schoolhouse is an initiative from Ukie, the UK video games trade body, to instill creative computing in classrooms across the UK, by providing resources, training and opportunities and to prepare the next generation for the digital age. Its supporters include PlayStation, Sega, XMA, Viglen and more.

You can check out the full stream on Twitch here.