The University of Manchester has published a new whitepaper looking at the growing esports and streaming industry in the UK.

The paper (available to download at the bottom of this page) aims to explore the origins of esports, the relationships with traditional sport, potential business opportunities, education and skills building, and the overall potential for esports.

It’s been produced by Dr Anita Greenhill, an academic with experience in digital work and technology, and researcher and esports enthusiast Rob Houghton. The project was funded by the University of Manchester and Alliance Manchester Business School’s Research Support Fund.

Positives identified in the paper include skills development, fostering economic growth, the esports community working together and future growth of the industry.

The paper calls for greater unity, government support and a positive media campaign around esports.

A summary sent to the British Esports Association states: “While there is indications that the esports industry is growing and building its organisational base (e.g. the British esports Association, Gfinity, Twitch, etc), it is clear that more needs to be done in order to foster and grow the industry as a whole and to minimize organisations fighting to be at the top.

“The most positive step is through co-operation and co-ordination.”

Additionally, “in order foster the esports industry and to enhance a overall growth in the UK economy, a positive media campaign to reduce the negative media portrayal of video games is needed. In particular there is a need to challenge the simplistic image that gaming is precursor for violence and a source of addiction.”

In terms of recommendations for the government and those working in the Creative Industries economy, the paper says:

On the topic of sports in particular, the paper states ‘there are three different scenarios about how esports could impact sport in the future’:

“While esports is still a growing phenomenon, it can be described as a pseudo-sport. It therefore has the potential to be formally recognised as a sport, either through changes in definitions to sport or through improving it demonstrable physicality and institutionalisation infrastructure.”

The paper has been published following a workshop in London last week, titled ‘Understanding Esports in the UK’.

It featured breakout and discussion groups, as well as talks from: 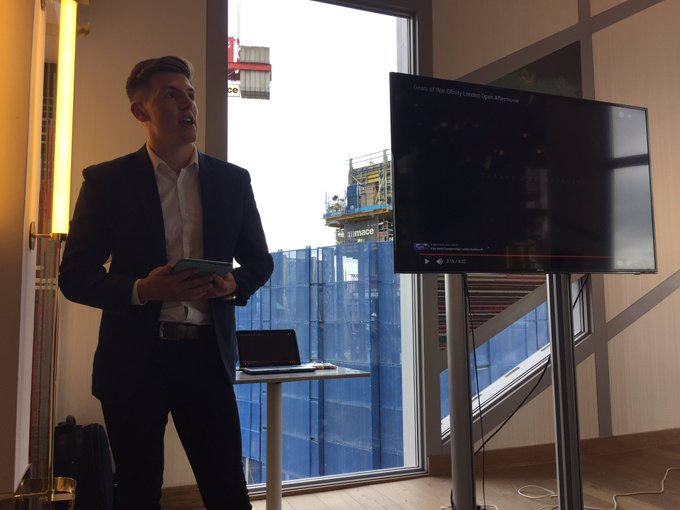 The workshop aimed to bring together researchers and policy makers to work together and explore how to grow creative industries.