What happened at the Olympic Esports Forum on the weekend? Representatives of the esports industry gathered with the International Olympic Committee (IOC) and the Global Association of International Sports Federations (GAISF) last weekend, to discuss possible future engagement between esports and the Olympics.

What happened at the event and what can we learn from it? Here are some key takeaways from the Esports Forum at the Olympic Museum in Lausanne, Switzerland.

There’s been some chatter for a while about esports possibly being included in the Olympic Games in some form in the future.

So hosting this event allowed the IOC and GAISF – as well as international sports federations and athletes – to actually engage with the esports industry and discuss it.

There was a range of esports industry representation at the event, from players to publishers, tournament organisers and more, including some British talent. 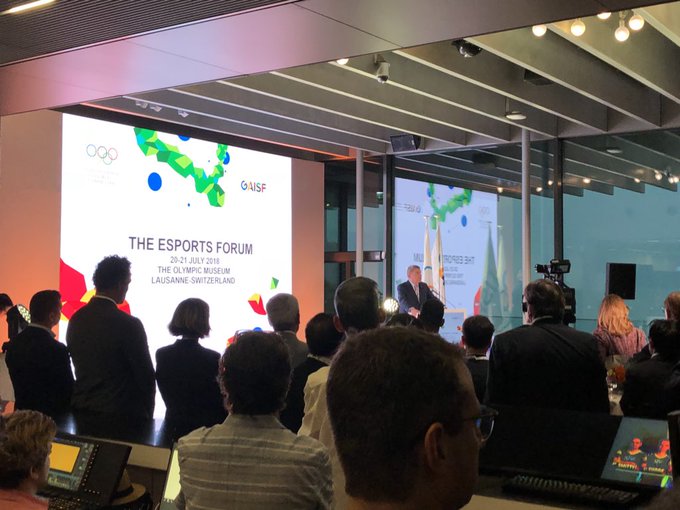 Extremely interesting day at the IOC Esports Forum met some new friends spoke to Olympians and saw old friends again, I look forward to what comes next. #EsportsForum

Elsewhere, ahead of the event, Manchester City FIFA player Kai ‘deto’ Wollin and Houston Outlaws Overwatch player Jacob “Jake” Lyon spoke at length to IOC President Thomas Bach about their profession and gave a demonstration of their respective games.

There were talks and panels on esports being accepted into the Asian Games, opportunities for collaboration between esports and the Olympics, gender equality in sports, as well as roundtable discussions on investment, the players’ perspective, reaching fans via broadcasting and the media and more. 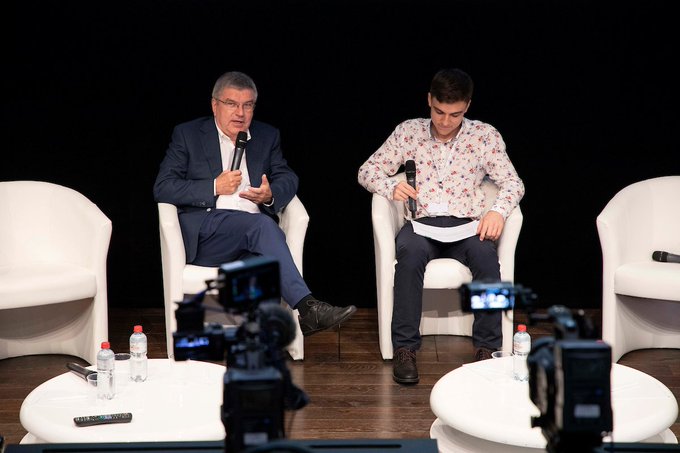 “We have a core which we share, we should identify the core and take it from there. We won’t find a quick solution this afternoon, but we may get closer.” – IOC President Thomas Bach speaking at the #EsportsForum in #Lausanne @gaisf_sport

“Women make up about 25% of the esports player base, so why aren’t they in the top?” asked PMS Clan founder and director at Twitch, Amber Dalton, as reported by the Esports Observer. “The fact is boys start much, much earlier. I believe if we can get girls early, playing as long as boys do, we’ll get women playing. Women and girls simply aren’t getting that exposure. We need amateur leagues to build them up for pro events later.”

British Esports founder Chester King took part in the roundtable discussion on governance, structures and best practices, and spoke about the British Esports Championships for schools and colleges , the benefits of esports and more.

Bill Sweeney, CEO of the British Olympic Association, said:”It’s understandable that the IOC should want to explore the significant growth of esports amongst a sizeable proportion of the global population. Anything that engages young people in the way esports is doing justifies a debate rather than simply being ignored – for example, are there links and triggers that can also encourage participation in traditional sports and what potential mental and social benefits might exist in a carefully regulated and structured environment?

“We need to understand the impact esports has and can have moving forward so that we can have a meaningful and informed debate about the risks and opportunities that this growing sector represents.”

Following the Forum, the IOC and the GAISF will now establish an Esports Liaison Group to continue communication and engagement between the Olympic Movement and esports and gaming stakeholders, in a bid to ‘identify areas of potential collaboration’.

The IOC will invite members of the new Esports Liaison Group to present at the Olympism in Action Forum in Buenos Aires in October and other events. The IOC president Thomas Bach will also put esports on the agenda for the next Olympic Summit to be held in December 2018.

The event was largely well-received; TheEsports Observer wrote a piece listing three reasons why the Olympic EsportsForum was a success.

IOC Sports Director Kit McConnell added: “The Esports Forum was a unique opportunity to hear from a wide variety of stakeholders, including some of the top players themselves. There was a consensus that future collaboration will be based on ensuring that any activity supports and promotes the Olympic values; and while the goal was not to develop a pathway towards the inclusion of esports on the Olympic programme, we have a strong plan for ongoing dialogue and engagement, and are in a strong position to coordinate and support the wider engagement of the Olympic Movement with esports.”