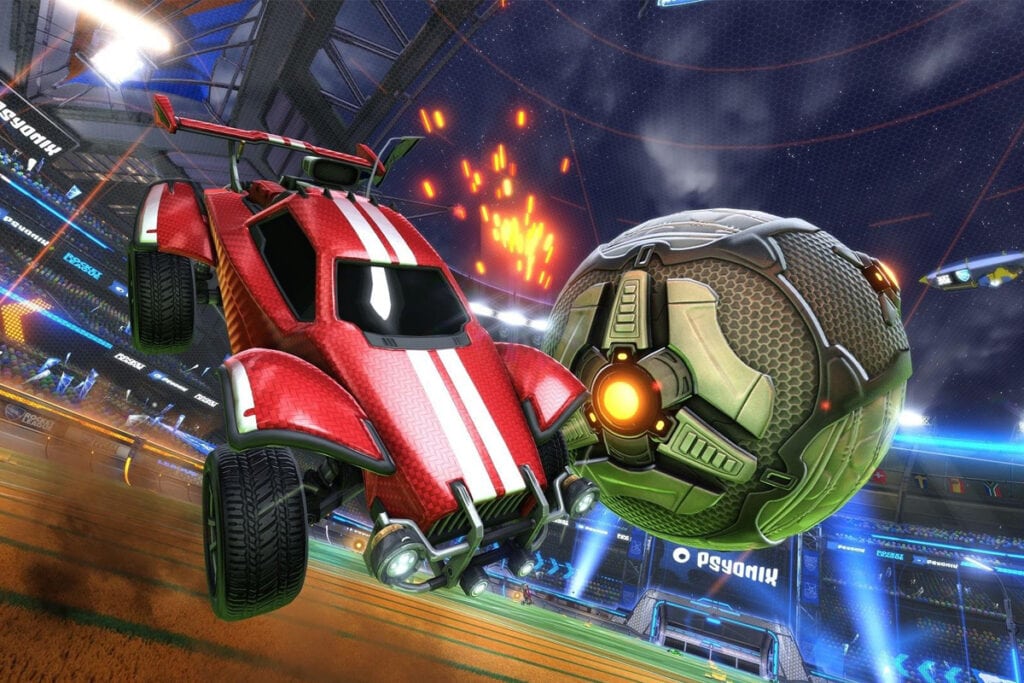 In the world of Rocket League, there are many terms for different skills you can learn, but what do they mean?

This is a brief guide on some of the most common terms you will hear when playing the game, and some of the many skills and abilities you will encounter.

When a player jumps up in the air and uses a boost to hit the ball whilst airborne.

Having control of the ball mid-air.

Sometimes referred to as the ‘backboard’, the back wall is the space around the goal.

A speed increase when you hold down a specific button. You can have a maximum of 100 boost, and the number goes down as you use it. There are pads located around each arena where you can drive over them and collect more boost.

Where a player drives up the walls to the ceiling and jumps or falls off in order to take a shot.

The top of the goal.

When a player boosts into an opponent at full speed, and causes that person’s car to blow up. This triggers a 3-second respawn for the player who received the demolition. It can also be referred to as a ‘demo’.

Players can jump twice in Rocket League by pressing the ‘jump’ button consecutively. The second jump will only work if the button is pressed within 1.5 seconds after the first jump.

When a player utilises the back wall to rebound the ball back to them to line up a goal. Generally, it is called a double tap because, if done correctly, it is completed in two touches – however, it can just be a tap, or even a triple tap.

When one player pretends to be going for a shot, but veers away at the last minute to throw off the enemy. This can be done anytime, but it is mostly done at kickoff, or when trying to score.

When you jump and move strategically in a different direction. Doing this well can give you an advantage, as you can ‘flick’ the ball across the arena and change directions to keep your enemy on their toes.

When you place all four wheels on a surface whilst moving through the air in order to gain back your flip.

The visible line on the floor that sets out the goal limits. Goals will only count if the ball passes the goal line area.

When a player flips, and cancels it halfway through to land in the opposite direction.

Where all players are in a set position on either side of the map in order for both teams to go for the ball in the centre. Kickoff happens at the start of every game, after each goal, and at the beginning of overtime.

A callout given when either you or a teammate is running low on boost. Saying this to the team allows for them to give you more access to boost pads, and regain it back.

If the match is a tie at the end of the five minute match, the game will go into overtime. In this period, the first team to score a goal in overtime wins the match.

When a player pinches the ball between their own car, other players, or the wall to make the ball increase in speed in one direction. This is an effective way to score goal.

Even though the clock might have run down to 0:00, as long as the ball is in the air, the game will continue. Keeping the ball in the air allows for some clutch goals at the last minute, and it is important you try and keep it up in the air.

This is only a few of the many terms that you might encounter when playing Rocket League, so go out there and get those wins.

Is there another game you would like a guide for? Let us know on the British Esports Twitter.