He beat Germany’s Kai “Deto” Wollin in the final 7-3 over two legs, at the Central Hall Westminster in London.

Spencer won $200,000 for winning the tournament and has been invited to attend FIFA’s annual awards ceremony The Best FIFA Football Awards in London on October 23rd.

Spencer was also statistically the best attacker over the tournament, with an average of 2.93 goals scored per game, and a goal difference of +17 overall. He scored 46 goals over the three days from Wednesday to Friday.

He’s now looking ahead to the launch of FIFA 18 and hopes to put the practice time in when the new game launches.

“The game will be different next year, so I could be good this year and no good at all next year,” he told FIFA.com. “It’s going to require more time, work and dedication to stay at the top.

“It’s true that people have been labelling me the best, but I’ve always rejected that tag. But after winning the biggest FIFA tournament in history, I suppose they can call me that – or at least one of the best.

“I’m very happy with what I’ve accomplished and I think things will get interesting for me in the future.”

Spencer was one of five English FIFA players who made it to the final 32 in the FIFA Interactive World Cup. However Spencer was the only one of those five who got through the group stages – with England’s other hopefuls Bullock, Tass, Shellzz and Stackzz all having a nightmare start.

Congratulations from all of us at the British Esports Association to Spencer for becoming the 2017 FIWC champion! 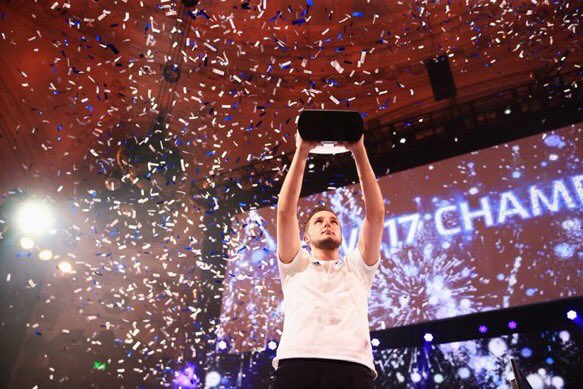 Waited 3 years for this moment, words cannot describe this feeling. Finally a World Champion!!! Your support has been unreal since Day 1….